Brexit is the word on everyone’s lips at the moment. October 31stis drawing ever closer, the date having been set by the UK government as the date the UK is set to leave the European Union. However, how is Brexit affecting the UK market?

The Asking and Selling Prices Are Changing

In recent months, the UK has seen the worst asking and selling prices. The estate agent comparison site, GetAgent.co.uk has pulled data from portals, whilst cross-referencing with the Land Registry. They have put together a report of what is selling, how much people are paying and where this is happening throughout the UK.

What Areas Have Been Affected The Most?

According to GetAgent.co.uk, Bradford has ended up being the worst hit with their asking prices. Their asking prices have dropped a whopping 35.9%, in a bid to try to get buyers back on the market and buying properties. Waveney in Suffolk and the London Borough of Islington have also seen a drop of over 20%.

Sold prices have also taken a drop in certain areas. Bradford, Wellingborough, Harlow, Chesterfield, Oxford, Ripon and the North West Leicestershire are amongst some of the worst areas, which have seen a drastic decline in sold prices since the Brexit vote. 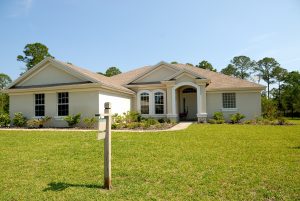 The Uncertainty of Brexit.

It appears that the uncertainty of Brexit is causing the house market to behave erratically. No one is sure what the outcome will be with Brexit. Will there be another extension? Will the UK leave with a deal or no deal? It is also very unclear on what this will mean for the UK property market.

UK homeowners and those wanting to buy their first home are feeling stuck. No one wants to make a move with either buying or selling their first home, due to the uncertainty of the future after Brexit. House prices are still slowly rising, but some certain areas, as mentioned above, have certainly felt the brunt of the current status of Brexit and the lack of answers.

Brexit- No Deal Will Put People Off Buying a House

Mortgage expert John Charcol conducted a survey on how a no-deal Brexit would affect the decision making of UK citizens when it comes to large purchases. He found that half the people surveyed would be put off making a large purchase, such as a house or car. 10.51% were unsure, again showing how uncertain people are when it comes to Brexit and the financial future of the UK.

The results from Charcol’s survey have revealed that the majority has a gloomy outlook on Brexit and the financial future of the UK after the 31stOctober 2019.

Until that date, there are no clear answers about what will happen to the financial state of the country, or what implications Brexit will have on the UK property market. We will report more when it becomes clearer.

If you are looking to sell your house, our website buys property for cash. There are no chains, no waiting around and no wondering. Please do contact us to find out more.